About a week ago I moved away from Austria and straight into a home on wheels. A Van, that my boyfriend and I converted – all by ourselves.

The feeling of moving away.

Just a couple of weeks ago a friend asked me, to visualize and feel a moment of pure happiness that I had experienced in the past. A memory I feel at ease with and that I wanna come back to when I am afraid, nervous or unstable in my current life. Immediately I thought of the day I left Austria to travel, back in 2016, not knowing when I´ll be back again.

If you would ask me this very same question today, my answer would be:

The first couple of days living in our Campervan. The moment the airplane glided just meters above Faros lagoons with its turquoise water. Shortly before we hit the ground, save for landing. When I finally stepped foot on Portuguese land again. Freedom tingling in my veines. The moment I called my boyfriend, who was waiting somewhere close, to tell him, that I had landed.

The rush of undefinable, overwhelming feelings flooding my body when I recognized the Van coming closer and my boyfriend stepping out with a huge grin on his sun-kissed face. The second he pulled me into his arms and hugged me so tight, as if we would just stay here, like this, forever.

The hours we spend watching the ocean. Going for a surf. My sandy, sweaty Yoga practice on the beach. The nights we spend warming and holding each other. The mornings we got up before sunrise and saw the moon disappear.

These memories will stick for a lifetime. This is what living is for. This is what I´ve been craving for the whole year back in Austria. I can finally feel again. And so I would say:

I found my home.
At least for now 😉

But enough of my emotional rollercoaster that I´ve been experiencing the last couple of days. Let’s move on to some facts about my first week living in a van:

Life in the Van

I know that you actually wanna hear more about living in the van, so here we go: First of all I have to admit, that we were so lucky with the weather. Since I arrived, there has been no rain. The sun was shining every single day! So this has probably made my start way easier than it would have been with bad weather.

Nights in the Van

Some people already asked, if we have a heating in the van, as it is winter here in Europe now. The answer is no! We do not have a heating! But we have the following gadgets to keep us warm during the night:

So the first night I used the water bottle, my headband and the second blanket as well as thick woolen socks, but gave up on that after the first couple of nights. I feel quite comfortable now just sleeping in my shorts and shirt.

Some tips when sleeping in the van are: find a spot that is even, so you won´t roll over while sleeping and one that is also protected from the wind, as it can get quite noisy. Also, the little shaking of the van got me nervous the other night and lay awake for what felt like hours.

I still wake up in the middle of the night, because I needed to pee so badly, which is a pain because I need to leave the van for that. Some people told me, that my body will get used to sleeping in the van soon, but it will probably take some time, and then it will pass.

So far, we just stayed at normal parking spots and only once the police came to tell us to drive away, which was in Beliche. In fact, they only said not show any signs of camping and we should drive away after sunset, as sleeping at this spot is not allowed.

Where we stayed so far.

As mentioned I flew into Faro, which is on the far south of Portugal. We spent the whole week in the Algarve, some days at Beliche, close to Sagres and Luz, on the south coast. Then we moved up to Arrifana and Aljezur for the weekend. I´ll update you on details about that in another blog post. Plus you can also follow our adventures here on Instagram: @salty.roamers!

Still, I don´t wanna keep the following pictures from you, which are all shot by Andi:

Surf hasn´t been too easy for me so far, but I guess I will be back on it, once I got used to the water moving underneath my body again. Maybe there is still some kind of blockage in my mind, that is holding me back, but I am working on it. In the meantime, I am enjoying my yoga practice and looking into teaching down in Marokko where we´ll head over after new years!

As I am not backpacking, my blog posts will slightly change from now on. Still, there will be some recaps from Central America, Indonesia, and Australia coming up. So make sure you sign up for the newsletter to get a notification when a new post is !

Also, our new platform is online now, which will be updated regularly. It shows you all the products we used during our van-build but also what else we use in the Van on a daily basis: www.mein-camperausbau.de (German language only)

Previous PostAge is just a number. I turned 30. Life-update.Next PostHow I afford traveling for 2 years without working.
0Shares
portugalvanlifeyoga 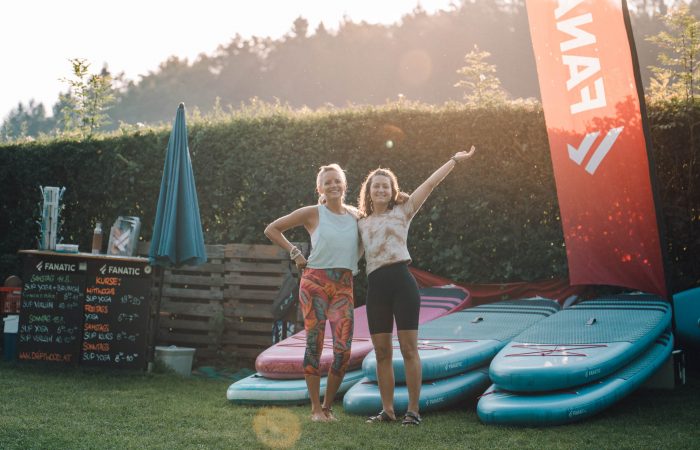