It was in August 2014, when I finaly fulfilled myself a big dream and went surfing for the first time. I fell in love with the sport from the very beginning on and it is hard to describe how happy I feel when I can grab a board, go into the water, pladdle out and take a wave. But first, how all that came about: At work a colleague of mine mentioned that he and a friend are gonna go surfing in August and I immediately said “That’s what I would love to do most after an exhausting summer of work!” so he invited me to join them and I did. It was the best decision I made since a long time.

The boys arrived a few days earlier and so I took the bus from Lisbon to Peniche alone. I was so excited to meet all the people the boys had already told me via phone about and as I arrived almost everyone already knew who I was. We were staying at the Peniche Surf Camp, which I can HIGHLY recommend to everyone! Rooms are separated for girls and boys, the crew is super lovely, the surf instructors are professional and willing to teach you how to surf. Once or twice a week barbecue is offered, the kitchen is big enough for a bunch of people and there are a lot of fridges and space to store your food. Moreover you can borrow the low rider bikes to drive to the glocery store. There are a lot of bars at the beach, where we spend endless nights – it has been a long time since I laughed that much. 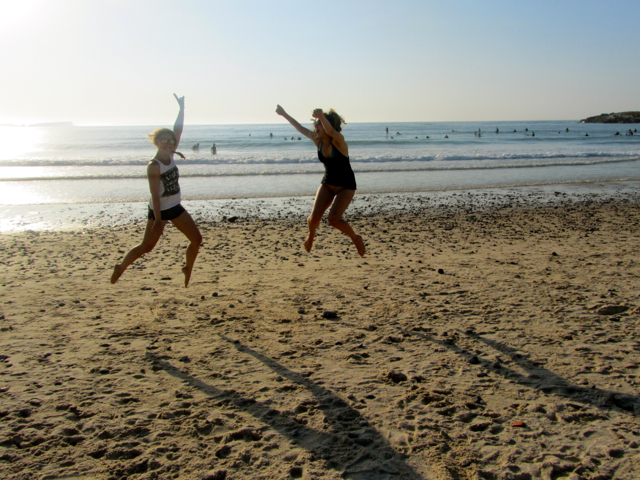 I booked 3 days of surf lessons, which included 2 sessions per day – I was so done after the morning hours at the water, that I fell asleep at the beach after lunch – haha! But I was blessed to have an awesome instructor, who gave me a smaller and thinner board every day, as I was standing the white water waves from the very first moment on. From the 4th day on we just borrowed the boards and went surfing on our own. The crew is happy to tell you on which spot the waves of the day are
The hardest part on surfing? for me …WHAT SHOULD I DO WITH MY FU** HAIR? No matter what I did, I always had them right in my face! Thanks in advance for any tips by the way 😉 In Portugal most of the time you need to wear a wetsuit but I couldn´t help but having a picture without 😉 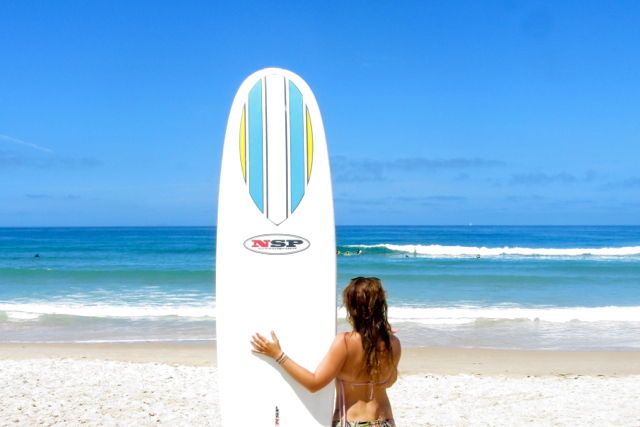 Furthermore we went to a well known surfboard manufactory – Fatum Surfboards – and learned how surfboards were made: individually formed and designed for the athletes. I was impressed by the fact, that so many aspects play a part and how much work, love, enthusiasm, attention to detail and working hours come together for one board – which could be the one to take the perfect wave. Pro surfers have their very own need, favors, wishes and maybe secrets they exchange with the shaper when a new board is made until it is finally ready to hit the water. Listening to the shapers words and seeing the passion of a person when he is creating something he loves from the bottom of his heart was an enriching experience to me.

Although it was my first time in Portugal I felt like I never wanted to leave again. That´s why you may find a lot of entries about that lovely country here on my blog! -What else we did in Peniche? A funny hangover trip to an island without shadow haha

Get ready for your Surf Holiday!

We all know that a big part of surfing is paddling and having endurance in the water. With this course I give you the tools to target the right muscle areas while also working on your balance and flexibility.

Yoga for Surfers - Get ready! 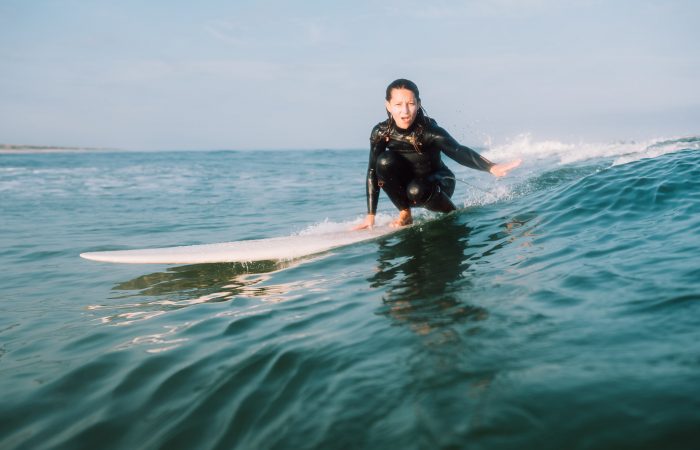